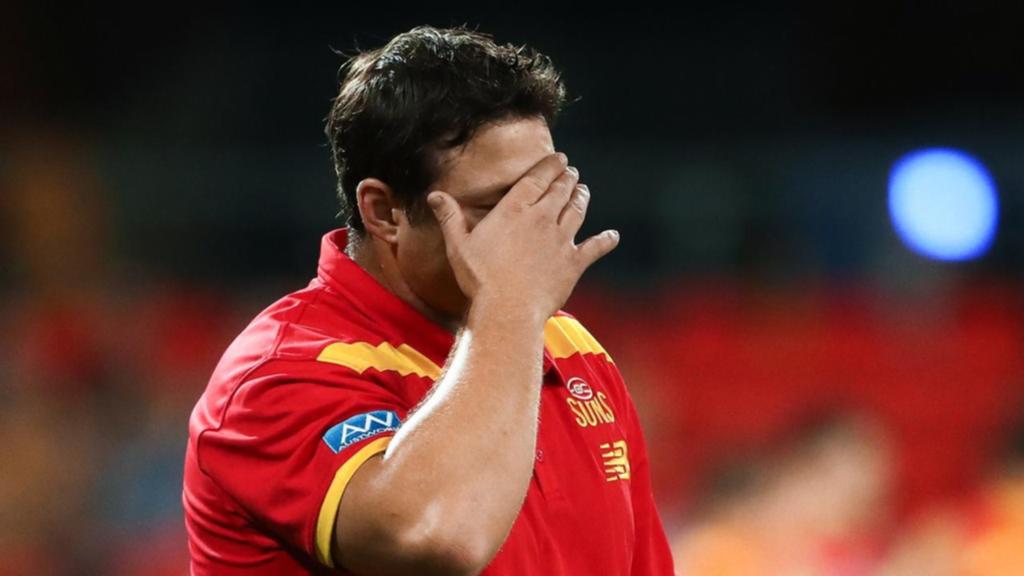 On the ropes after a first-half drubbing, Gold Coast coach Stuart Dew told his players their AFL careers were riding on a response.

The undermanned Suns were made to look second rate and sloppy to halftime in Saturday’s 62-point loss to the red-hot Western Bulldogs at Marvel Stadium.

The Dogs piled 11 answered goals before Suns defender Jack Lukosius snuck forward to ensure they didn’t endure the ignominy of their first goalless opening half in club history.

Coaching from ground level, Dew had a front-row seat of the carnage and said his side didn’t handle the ladder leaders’ manic pressure.

“I don’t think we gave ourselves a chance,” he said. 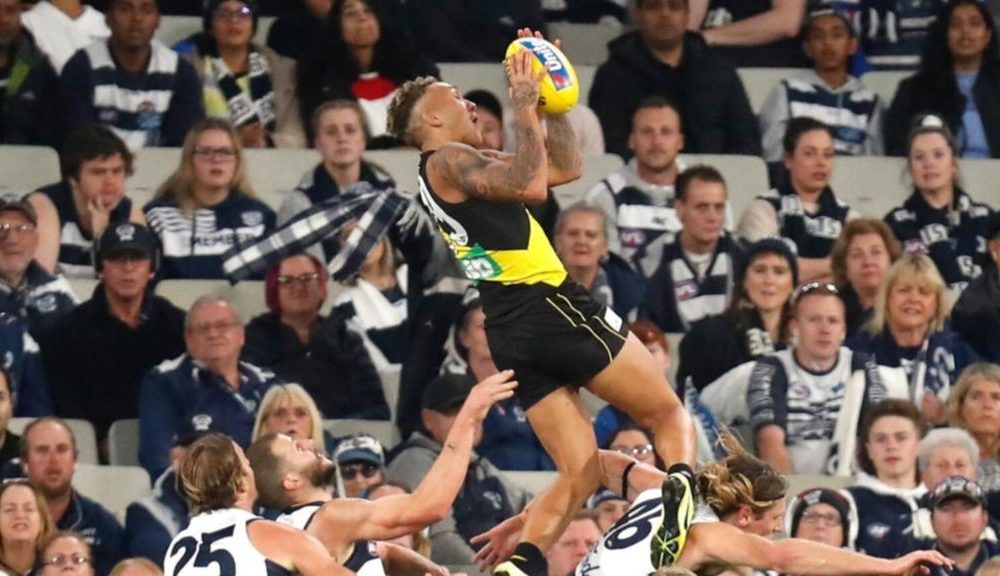 AFL mark of the year: Shai Bolton misses out on ‘mark of the week’ to Brody Mihocek 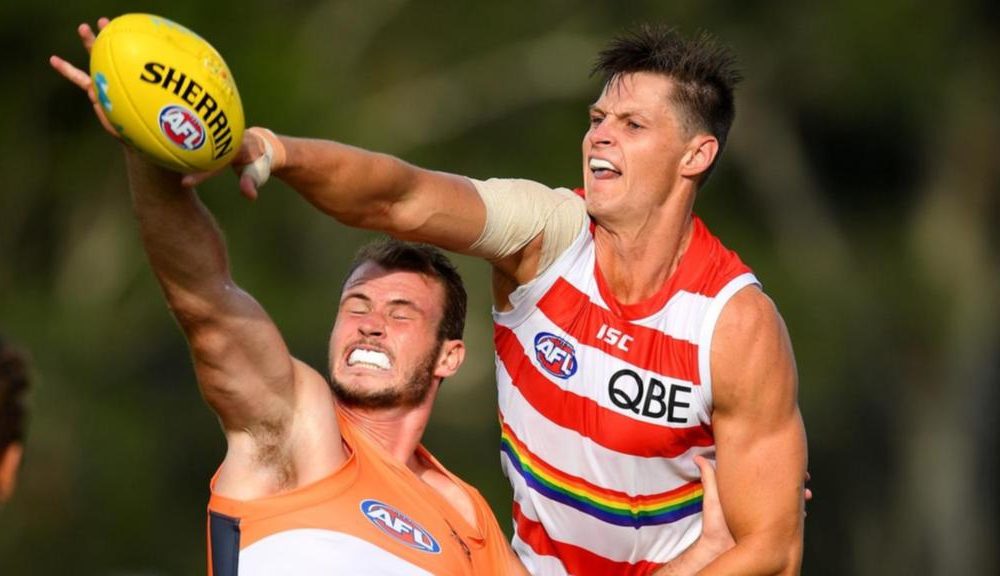